The ready accessibility of cloud platforms can be a double-edged sword. When there are few impediments to activating services, people tend to jump in without the kind of robust planning demanded by more traditional IT projects. And that can lead to shaky foundations for core applications and services newly planted in the cloud. Looking for a safe pair of hands to guide its technology transformation, AsureQuality engaged Leaven to analyse costs and benefits, and safely navigate potential pitfalls of a staged migration to AWS Cloud.

In an environment where it could have been easy to do what was comfortable, they pivoted and decided to use the pressures of change to modify their business with a move to Cloud based technologies, and they are now well placed to not only manage what the future will bring but to create a whole new way of delivering health care to their communities.

“In the cloud it’s easy to get into trouble and start building with the wrong foundations or poor structures. That’s why we partnered with Leaven.”

– Lynn Cooper, Head of IT, AsureQuality

From on-farm and animal testing to putting consumer goods under the microscope to verify claims printed on the label, AsureQuality perhaps doesn’t have the profile to match the role it plays in Kiwis’ lives. But as the guardian of New Zealand’s food, the government certifier plays the leading role in maintaining the integrity of food that fills New Zealand fridges.

Doing this work generates massive volumes of data from testing, audits, and certification, which must be both safeguarded and shared with growers, farmers, producers, and others right across the supply chain.

Better sharing of this data – or, at least, making it more easily accessible to clients – is a central plank in AsureQuality’s customer-first strategy. “We look for platforms that we can build on,” Lynn Cooper, AsureQuality’s Head of IT, said. “We’ve got to use our data in a way that benefits our customers.”

This was no lightbulb realisation. The provider had been working for years to modernise its core technology, leveraging in-country IaaS to build an operating model geared for on-demand services, effectively creating the right conditions for large-scale adoption of public cloud platforms.

With designs on efficiencies made possible with Infrastructure as Code (IaC), and APIs to prime core business applications for customer-facing innovation, such as self-service and customer portals, Cooper and her team set to work. But after making an initial foray in AWS Cloud and Microsoft Azure, she halted proceedings.

Recognising her team’s skills-gap in the cloud and the importance of working on strong foundations for the next chapter of AsureQuality’s transformation, Cooper engaged Leaven to re-establish order and steer planning and migration.

“It’s easy to get into trouble in the cloud – that’s why we partnered with Leaven,” Cooper said. “They had the right kind of skills and experience to take our team on the journey. And if we didn’t do it then we would have ended up in a world of hurt.”

Finding solid ground in the cloud

After remediating AsureQuality’s early work, Leaven conducted an architecture assessment. The job involved a two-month investigation of the government certifier’s existing infrastructure to understand dependencies and necessary resources, clarify goals, and establish the overall technical approach for the programme of work. Reporting also included a traffic light system indicating work necessary to get applications in a fit state for orderly migration to AWS Cloud.

In tandem, Leaven also undertook a cloud economics assessment to gauge AsureQuality’s operating costs in the cloud and contrast the economics of legacy and cloud models.

The number’s stacked up, paving the way for Leaven’s cloud adoption framework – a body of work that effectively codifies delivery and management processes for applications and foundation infrastructure in AWS Cloud, including critical controls, security policies, and compliance standards.

With the cloud rationale proven and the AWS cloud frameworks in place, the project team swung into action, kicking off the staged migration of AsureQuality’s 200 plus applications. Chief among them is the provider’s laboratory information management system (or LIM, which is the equivalent of ERP for science-based organisations), with numerous supporting databases and custom applications for data capture, processing, and analytics in the wings.

“We are an ambitious organisation with a high rate of technology change,” Cooper said. “It requires us to regularly stand up and stand down large elements of infrastructure. Public cloud platforms are the perfect environment for that, providing a modern platform for growth.”

At the time of writing, AsureQuality had migrated close to half of its applications to AWS Cloud, with the remainder slated for completion within the next three-to-four months.

Laying the foundations for application development speed and automation

The lion’s share of AsureQuality’s applications run on virtual servers. However, that will change as the provider progressively adopts containers.

Containerising applications ensures AsureQuality will make better use of compute resources than possible under a single host per service model. What’s more, the approach also provides platform independence, with containers deployable to any standard Kubernetes environment.

Based on the speed of work to launch its applications currently running on AWS Cloud, AsureQuality estimates that deployment is now faster by x3 than it was before its move to AWS.

Each month the project team reviews and approves recommended improvements, such as right-sizing compute, storage, and network capacity supporting AWS services, providing AsureQuality with the peace of mind that its platform is under control.

Making a massive difference, on so many levels

With the migration still in play, AsureQuality is developing a firm view of the benefits of running core applications in AWS Cloud. Scale, ease of management, and a platform more responsive to growth are recurring themes.

Cooper’s more elevated summation also talks to foundations. “We’ve got strong foundations, now we build the walls,” she said, referencing work to come and the opportunity to construct a new IT operating model.

Leaven’s documentation of systems, processes, and policies is a key enabler of AsureQuality’s future ambitions in the cloud. The work is part of a deliberate cloud knowledge transfer, which also includes regular training, to support the organisation’s quest to deepen expertise within its own ranks.

“We can’t offer this kind of training and development ourselves, which is why it makes so much sense to work with a specialist provider, like Leaven,” Cooper said. “Their knowledge and skills are modern and remain up-to-date, whereas knowledge owned by end-users can end up aging with the organisation.”

Cooper also acknowledged the advantage of Leaven’s end-to-end capabilities drawn from within Spark Business Group. Along with CCL’s Managed Cloud Services she called out niche expertise to support in-country Exchange and backup services necessary for a legacy Microsoft deployment.

“It’s about a partnership to get the best outcome,” Cooper said. “Leaven’s processes are comfortable – we get to wear the same pair of slippers every day. But we also like to be challenged, and Leaven is very good at that.”

Are you ready to take the first step on your cloud journey? Talk to us about trying Leaven’s Cloud Readiness Assessment for your own organisation. 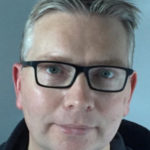 Developing the blueprint for the future of healthcare in New Zealand. An overview of Southern DHB’s cloud migration journey.