In the last year, COVID-19 tested the resiliency of New Zealand infrastructure, applications, network bandwidth, and remote sharing. Many struggled to keep their systems and services operating.

Is fear of change holding New Zealanders back?

New Zealand IT organisations have been undertaking major changes to their operating models – efforts that inevitably involve unknowns and risks.

For those who have been diligently running IT systems for several decades, that fear of change is precisely what is holding up digital transformation information initiatives.

We know that the latest platform technologies have steep learning curves, new jargon, and a whole ecosystem of related tools and techniques that simply were not needed or cost effective in legacy environments.

For a workplace team, when their organisation is making bold moves away from their skill set, the fear of change sets in.

Take an older organisation, which may have significant IT investment in hundreds of employees as well as various partners maintaining these legacy estates. For folks who have the historical understanding of how these systems have been built, supported, and used over the years, transformation may appear impossible.

New Zealand demands resiliency. Our land is wild and impassable. The weather can turn overnight. It sits on the ring of fire and bears witness to various geological events that require Kiwis to support and help one another.

Yet, when it comes to New Zealand’s IT, Kiwi’s tolerate unreliable systems on a daily basis.

In the last year, COVID-19 tested the resiliency of infrastructure, applications, network bandwidth, and remote sharing. Many organisations struggled to keep systems and services operating, leading to significant impacts on workers and end-customers. Years of putting off modernisation efforts struck deep. New Zealand organisations have to take IT reliability seriously. Reliability must be a top-level concern.

Reliability is about more than building redundant, highly available architectures. Even a fleet of a hundred compute instances can be defeated with a single point of failure. Reliable IT is a holistic effort that starts with an operating model that embraces and encourages agility in the organisation. Agile organisations are able to respond to rapidly changing situational contexts. Reliability is an emergent property of agility.

“It is very easy to be cynical. The road of wisdom is rarely the easiest road to travel. When people are presented with transformation in this context, we see turf protection as an easy response.”

There’s another factor we must take into account, too: the turf protection mentality.

It’s not just engineers who are tied to the technologies in use. It’s also business users and senior leaders.

Allowing turf protection to take hold in the enterprise is allowing resiliency to be a bottom level concern.

Over time systems and people age, the technologies change, the world changes, knowledge capital walks out the door, and sooner or later we consolidate the ownership of hundreds of legacy applications to a handful of folks who have no experience maintaining them and no time or motivation to do so.

Transforming business – The only path forward

By limiting the impact of change, the organisation was able to accomplish a new operating model, new technology, a new multi-cloud architecture, and a new way of building robust, resilient applications and processes that didn’t threaten the livelihood of existing IT.

At the same time, the organisation encouraged sharing and learning between this programme and classic IT Operations, ensuring teams were “coming along on the journey” empowering people to take advantage of the new technologies to modernise and increase resiliency of legacy applications. By presenting transformation in a limited scope, teams didn’t feel their turf was being threatened and instead saw opportunities to make their work easier. Transformation can work, if presented in the right way.

One of the key traits of successful operating models is a complete shift in how we organise teams, with one gamechanger being platform teams.

Resiliency starts at the very heart of how we organise. After all, if we organise in a convoluted, inefficient way, then the value we produce will be convoluted and inefficient.

Guided by the wisdom of Conway’s Law, which states that teams build software that mimics their communication channels, some New Zealand organisations have been able to restructure in a highly scalable, agile fashion to bolster reliability.

Platform teams have one primary role: to build a robust, secure, scalable, reliable platform that the rest of the enterprise can leverage to deliver value. Platform teams are not responsible for running the payroll system or making sure that Jira didn’t crash – they are solely focused on the platform. Platforms come in a variety of flavours – cloud platforms, IaaS platforms, container platforms, and even Platforms as a Service.

Platform functionality is via API, so all configurations of the platform can be controlled as code. This is an essential pattern that bolsters the resiliency of the enterprise: by forcing platform use to be an engineering problem and not a process problem, teams create immense gains in agility and reliability. This transformation, however, requires a significant shift in the skill sets of system administrators.

How can I shift to a value stream?

Complementary to the platform team, ownership of the applications running on the platform belongs to long-standing Value Stream teams. Value stream teams are broader than a technical team, including business experts, analysts, and often representative personnel actively involved in the less technical aspects of delivering the value(s) of the Value Stream Team. It’s a bit of a subtle shift to Value Streams – instead of having a team responsible for the payroll system, for example, there might be a value stream responsible for employee services. This would include everything from front-line people that use payroll and benefits systems, to the technical people that actually operate and maintain the software applications used for payroll.

Value stream teams are helping organisations break down functional silos and provide robustness, agility, and resiliency to the enterprise.

Platform teams usually entail networking, engineering, operations, security, and data protection roles – functions that build a platform to expose functionality via the Application Programming Interface (API). Value stream teams then leverage this functionality in their effort to deliver value to the enterprise.

Multiple New Zealand organisations are undertaking digital transformation programmes in this pattern, across banking, government, and IT, shifting to operation of value streams and the platforms that enable those streams to deliver value. Organisations are thinking about delivering value in the long term, moving away from short-lived tactical projects to long-standing value streams that are dedicated to delivering value for the enterprise.

Organisations that prioritise short-term, tactical gains do so at the cost of long-term agility and supportability. COVID-19 forced organisations to take on further, unnecessary technical debt, further exposing systems to risk. Slowly, technical debt trudges into catastrophic failure or absolute stasis. Eventually, an organisation can be so crippled its ability to respond to critical events is diminished forcing urgent (and expensive) transformation effort.

Here’s a tale to steer us toward change: the drawn-out demise of Nokia’s consumer phone business, reliant on the classic system of hefty systems and technical debt. We’re told how Nokia originally had over 50% market share of the consumer phone business in the early 2000’s – not bad for a tech company that started over a century ago as a pulp mill. But by 2010, Nokia’s market share approached less than 5%.

What was behind this demise? Nokia had approached the software in a classic context: releases were big, and the build artefacts were even bigger. Their Symbian operating system was a ghastly mess, with build times that took several days, meaning that any one attempt at a new feature for the phone took weeks to develop and months to refine.

Nokia had stifled their ability to compete with the rise of organisations that built their software around agility first principles – iOS and Android. By 2011, Nokia’s phone business was bailed out by a commendable attempt on Microsoft’s part, but the phone business never regained its prior lustre. Facing evident failure with phones alone, Nokia had to undertake a major pivot to networks.

Still, it’s not bad for a tech company that started over a century ago as a pulp mill.

New Zealanders – it’ll be no surprise – value agility and resiliency. This mindset has already helped propel success across a variety of New Zealand organisations. And it serves as the basis for measured strategy: to digitally transform with minimal risk.

COVID-19 has been just the latest example of this. It’s been an impetus for New Zealand society, and the organisations that fuel it, to make these values guiding lights in their transformation initiatives.

Let’s not forget though, that in order to bolster resiliency values, organisations must think long-term. Neither reorganising with broad, wide sweeps nor short-term, tactical choices are sustainable.

We’ve got the cultural wisdom of lean and agile values to support us. If the changes to move away from the technical debt we undertake are going to be meaningful to our structures, operating models and technologies, we are going to need to think of things from a resiliency via agility perspective.

Talk to us about how our transformation solutions can help your organisation. 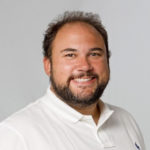 Developing the blueprint for the future of healthcare in New Zealand. An overview of Southern DHB’s cloud migration journey.

Hyperscalers – What Should Kiwi Organisations Know?