The Vital Integral Roles Behind Your Cloud Transformation

Achieving quality outcomes does not have to involve all-nighters, last-minute rescue missions and other similar heroics.

Everyone loves a superhero. After all, how can you not when you see Superman appear out of nowhere and stop a bus full of little children from driving off the cliff after the brakes fail. We often have a similar infatuation with superheroes in IT. Everyone loves the technical superhero who comes in and rescues the project that is about to drive off the cliff when the project scope or design brakes fail. That hero syndrome of “I pulled an all-nighter to get it back on track” is, unfortunately, rather common.

IT is littered with projects that were incorrectly scoped, poorly managed and badly executed. Some were rescued by last-minute heroics on someone’s part, but the large majority just drove off the cliff. Why does that happen? It’s because technology is complex, executing large projects is difficult and the amount of unknowns is, well, unknown and human beings are just too optimistic to account for that.

Cloud transformation initiatives are no different. If anything, they are even more complex and difficult because they require coordinated efforts from a number of organisational areas, as well as customers and partners. As such, cloud initiatives have their own heroes who are either “on the front line” implementing a cool new technology or performing some unimaginable feat to save the day.

But what if saving the day was not necessary? What if everything simply went according to plan, so heroics were again something we only read about in comic books? There are key roles that do not make the hero headlines. These roles do not perform “heroics,” they simply work quietly behind the scenes to ensure that everything goes as planned. Let us look at some of these superheroes hiding in plain sight.

How do your run your project? “Oh, we are agile.” But of course you are! Everyone seems to be on the agile train these days. The agile concept is good – it is very good, but let us not use the word agile as a substitute for lack of planning, or to justify running around like chickens with their heads cut off. Meticulous and detailed programme management does not seem to get enough respect these days. Successful programme management includes not only keeping everyone focused on what needs to be done (agile or not) and on the direction the team and company should be heading, but it also depends on continuously communicating about the process with all stakeholders.

Too much focus in cloud adoption is placed on “if we build it, they will come,” and not enough on telling people what you are building and why, the benefits, and on how they should get there. As George Bernard Shaw said, “The single biggest problem in communication is the illusion that it has taken place.” During large scale cloud adoption initiatives, we often notice that organisations do not have appropriate levels of communication in place that allow everyone to know what is happening. I have personally observed everything from “well, I have sent an email” to “we will tell them when they need to know” behaviour. At Leaven, we help our clients implement a key concept we call Cloud Business Office, or CBO. CBO addresses exactly that problem — the lack of awareness of all moving parts.

In order for your cloud initiative to be successful, you have to have the right staff in the right seats with the right skills. How do you get those skills? You can either acquire them from the outside (hire people), or upskill your existing personnel for the job. Either way, talent training and enablement is a key component of ensuring your cloud journey is successful. Not just the journey to the cloud, but the ability to successfully run your business once you are in the cloud. The organisational training and enablement aspect is often overlooked when companies go to the cloud, and that is unfortunate. This might be one of the most important aspects of adopting cloud (or any large scale transformational programme). Enabling your people for success in the cloud is not something that happens overnight, but is rather the result of a concerted effort to develop the talent necessary to succeed in the new cloud world HR and Training/Enablement groups are the quiet heroes behind the scenes who make that happen. As part of our engagements with clients, we help them put together appropriate training curricula for their organisations, develop custom-based cloud training if necessary and establish the path for their staff to the new digital future.

It is all about the money. Even if it is not about the savings, it is still about the money. Here is what I mean. In the early days of cloud, everyone rushed to it because there was a promise of huge savings, and that was the primary motivation for a lot of organisations. Traditionally, we have overprovisioned and overspent in our data centres on everything from hardware to tools. Cloud promised to only charge for what you used and, coupled with a shared resource usage model, allowed for significant savings. As the years progressed, cloud forced us to do a better job of managing our in-house IT, and the potential savings on the cloud got a little smaller. So organisations started focusing on additional, I would argue even more important, aspects of the cloud, such as agility, freedom, automation and the ability to deliver value faster.

Those benefits also mean money! The ability to deliver value faster should translate into happier end users and clients and higher revenue. Agility and automation should positively contribute to more stable products which, in turn, decrease operational and maintenance costs, reduce the time your staff spends on fixing bugs and frees them up to do more. All that is money as well.

True management, and more so true leadership, requires providing the vision and aligning the organisation to ensure everyone knows where they are going

Who keeps track of all this? Well, the finance team does (or at least should). They should not simply receive the cloud bill and enter it in the appropriate bucket in the general ledger. Finance should work with IT to truly understand the value they get out of the cloud versus the investment they put into it. This concept is also applicable to current on-prem IT, it is just that cloud makes it easier to truly understand what IT is costing you. It might not be a glamorous exercise, but at the end of the day, the company needs to know that they are putting X dollars into IT, and getting X plus something out of it. The finance group should be the superheroes who have that data.

Jack Nicholson as Col. Jessup in “A Few Good Men”

Unfortunately, InfoSec groups have historically been perceived as almost blockers to moving forward with cloud programs, because they had to review, bless and approve anything that touched production. The cloud is changing this paradigm. Yes, the application developers are the ones who get the credit for rolling out a new cool app into production, but the InfoSec team is there to weave security into the automation process and enable that application to be secure both before it goes to production and while it is operating.

Security is sort of like that. We live in the days where hacking attempts, data theft and denial of service attacks are practically everyday occurrences. Yes, security folks can be regular save-the-day heroes when these unfortunate events occur. However, more often than not, they are the people who work behind the scenes to ensure that companies do not actually make the front page of The New York Times.

You read it correctly. Management is a quiet superhero that does not jump out at us when we think of cloud. One might think that management only asks “when is it going to be done” questions, but that is not the whole story.

True management, and more so true leadership, requires providing the vision and aligning the organisation to ensure everyone knows where they are going. Management should ensure that the cloud business case is clearly defined, the economic proposition is understood, everyone’s expectations are aligned and all who are involved know their roles and responsibilities on the journey. More importantly, management should enable the team by helping remove any obstacles along the way. Finally, and most importantly, management must approve the budgets for these initiatives.

It Takes a Village

As the famous saying goes, “it takes a village to a raise a child.” It also takes a whole company to have a successful cloud adoption.

Even though cloud is commonly associated with technology, it is much more than servers, storage and networks.

It is a carefully choreographed set of activities, among a number of different stakeholders, that enables the organisation to derive value from the latest technological revolution cloud brings with it.

Do you know who your cloud superheroes are? If you can only think of the eleventh-hour rescue ones, your cloud adoption might not be on the right track. 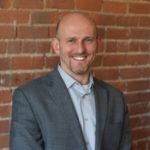 Engaging Talent: The Cloud Transition Model for Your People

Your move to cloud has a cutover date. Your people do not. Here are the steps managers should take to reduce uncertainty throughout their cloud transformation.

Total Cost of Ownership – About the Value of Cloud

The subtle art of the cloud TCO.